The body of the Lemur is very fascinating. They have noses that are long and pointed. They are generally very small but they will vary in size depending on the species. They have pseudo-opposable thumbs and they have nails in most species. Only some have claws.

They have retinas that are reflective and that makes them very shiny at night. They don’t have a good vision although the size of their eyes are large. They don’t see colors.

They do depend heavily on their sense of smell. This helps them to be able to recognize each other. They feature scent glands on the wrists, genital regions or neck. This allows them to leave a signature behind when they move.

You will find Lemurs in a variety of different colors. It depends on the species but that is why they are often miscategorized as different types of animals in their natural habitat.

The Lemur doesn’t have a tail that enables them to hang from trees like so many people think. Instead, they rely on their tail for balance. The Indri species doesn’t have a large tail and is short and hairy. Those that do can leap large distance and the tail helps them to land properly. They can leap several feet in order to get to food and to avoid predators.

Sometimes Lemurs will find that they don’t have enough food available. They are able to control their metabolism though and rely on very little food to survive. They have the ability to avoid breeding during times when food isn’t readily available.

The Lemur is considered to be a highly intelligent type of primate. They are even known to use tools and to problem solve. What is so interesting about this is that they have a very small brain in proportion to their overall body size. Very few lemurs that have considerably larger brains.

They have very strong teeth that continue to grow for their entire life (incisors). 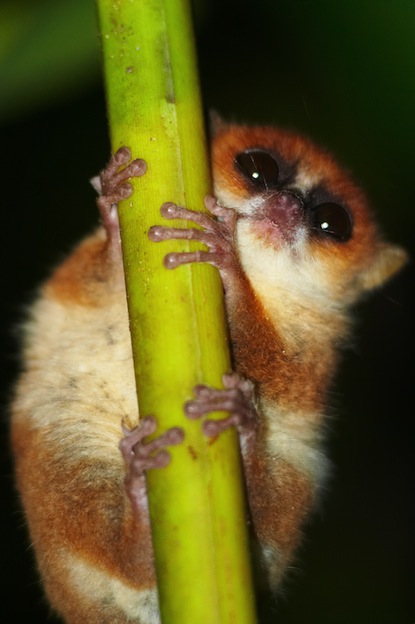 The Lemur is believed to have a thin enamel on their teeth than other primates. However, it isn’t fully understood why this occurs.

The overall body design of the Lemur is one that most experts are impressed with. They believe that through the process of evolution their body went from one that was the size of an adult ape to what we see today.

In fact, most experts didn’t even think those fossil remains where of a Lemur. Yet the DNA testing that we have available today helped them to successfully identify what types of animals they were. It was a fascinating discovery that definitely changed the way we thought about the Lemur anatomy.

Their bodies are designed to help them be able to succeed in a variety of environments. They are considered one of the most adaptive to environment of all species of primates in the world. Their legs are very strong and they walk around on all four of them.