Lemurs live in trees which is why they are called arboreal. There are some large species of Lemurs though that also spend time on the ground. They are only found on the Comoro Islands and Madagascar Islands. This is off of the Southeast coast of Africa.

They live all over the place though rather than in just one particular region. They are highly adaptable to what the areas have to offer them. Some Lemurs live in the rainforests. Others live in very hot and dry areas.

Overgrown forests seem to be the location though where the highest number of Lemurs are found. During the rain season there is more food in those areas. As a result the population can increase. Many Lemurs will then leave that area during the rest of the year. These are highly adaptable primates so they use what they can in the environment to their benefit.

Due to their spread out locations and the coverage of the trees it is hard to know for sure just how many Lemurs are out there. However, experts are confident that there are a very low number of them. Some of the species are at risk of extinction.

Lemurs rely on a variety of food for survival. They often move around a home range in order to secure food. They will hunt for nuts and fruits during different seasons. They are very good at knowing what can be growing and where during certain times of the year.

They will also move around to different locations for sleeping. Since they sleep during the day they want to be protected from predators as much as possible.

One of the biggest threats to the future of the Lemur has to do with their natural habitat being destroyed. In many locations there is the burning and cutting way of being able to maintain living conditions for the villagers. Their efforts though destroy the homes of the Lemurs that live there. 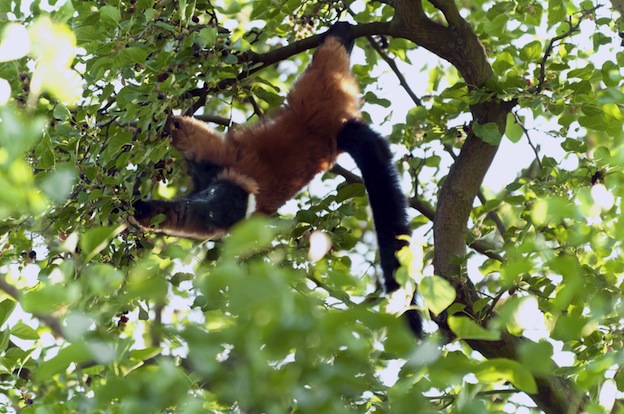 Another huge problem is that humans continue to wipe out large areas of forests in order to use the land for growing food or the placement of homes. This also contributes to many Lemur families losing their homes and not being able to find food.

As a result of such destruction many of the conservation efforts involve the Lemurs living on protected lands. Some of them are prime tourist attractions that help to fund them. This is a great way to get people involved with protecting the future for the Lemurs.

There are quite a few of them distributed around the world in zoos too. These are often offered so that people can see what the Lemur looks like. Such attractions do bring large crowds to the zoos. The Lemurs are also studied in such captivity and they are also part of breeding programs in many of these locations as a means of increasing their numbers.

While studies do show that Lemurs are able to do very well in captivity it isn’t a solution to the situation with the Lemur habitat and distribution dwindling. When they are in captivity it can be very expensive to care for them. It can also be hard to keep them adequately entertained.