There are several species of lemurs. It is believed that there are at least 100 of them that still survive including subspecies. There are also many that are believed to already be extinct over millions of years ago. The smallest primate in the world is a Lemur – the Madame Berthe’s mouse lemur. It weighs just a couple of ounces.

According to researchers, 16% of lemur species are considered to be critically endangered, 23% endangered and 25% vulnerable. All of them though have a very uncertain future. For 43 of the species we simply don’t have enough data.

Lemurs are only found to live around the areas of Madagascar Islands. They have a very diverse habitat there. Some of them thrive in the forest regions and others do extremely well in the hot desert conditions. They all consume fruits, flowers and insects to help them be able to survive.

All Lemur species reproduce at a very slow rate. They only mate for about 3 weeks annually. The time of year will depend on the Lemur species as well as the climate. They may have from one to six young at a time. The smaller species tend to have more offspring at once than the bigger ones. All species of Lemurs have a mortality rate of more than half. This means that only a small percentage of them will make it to maturity.

Just like all primates, Lemurs are related to humans. Yet extensive studies have shown them to be further distant from us than other types of primates. What is so interesting though is how they have been able to adapt throughout history to the many changes that humans have imposed on their natural environments.

All Lemur species are believed to be very intelligent animals. There have been various studies to show that they are able to use tool and that they can problem solve. They also use instincts that help them to get through various changes in their social structure. The females are dominant which is a fact that has many experts fascinated as well. 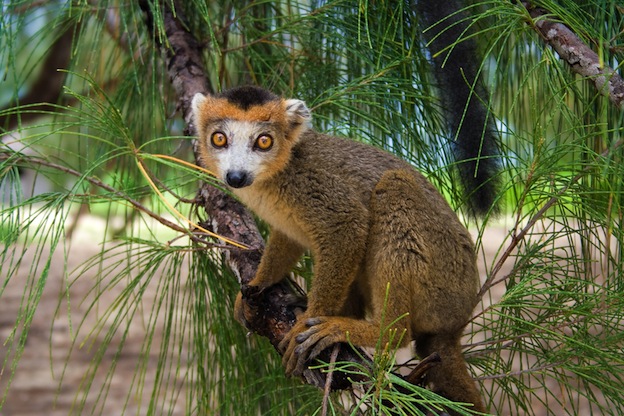 All Lemur species seem to be non aggressive other than with each other. They aren’t the type of primate that will attack humans. However, they have been known to mob humans or other predators when they feel that their natural habitat is at risk. This is especially true if they have young members that they want to be able to protect. Of course this doesn’t mean you should ever handle a Lemur should you have the opportunity. They are still wild animals so you have to be cautious.

The future for all Lemur species is one that is very uncertain. It is predicted that if aggressive measures aren’t taken to protect their natural environment then they will see a demise. Many of the species will be wiped out within the next two decades if changes aren’t made.