The Red Ruffed Lemur is a medium sized species. They don’t associate with any other types of Lemurs.

The Red Ruffed Lemur tends to look more like a primate than many other species of Lemurs. They offer a reddish color with a white tuff on top of the head. They also have a very long tail that is black and it is very hairy. They face is very dark black and they have a long snout. The fur is thick and very soft to the touch. They have a ring of pink color on the base of the tail.

Masoala is in the Northeast portion of Madagascar Island. That is the home to the Red Ruffed Lemur. They are very clean primates and take pride in making very nice nests. 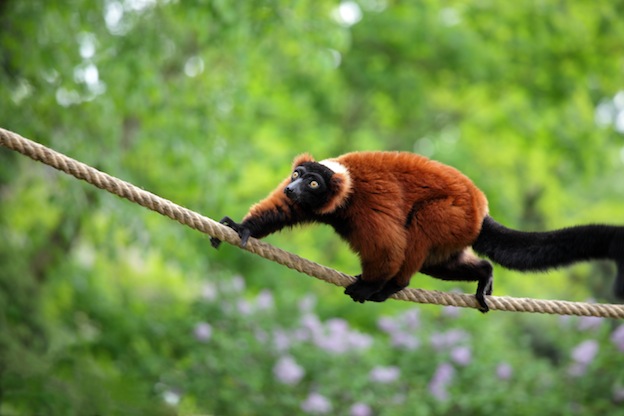 They are well known for offering their long call. This is a form of vocalization that allows them to warn others of their territory.

They spend long hours with the process of grooming. They have long claws and teeth that allow for the grooming process to be done. The teeth almost form a type of tooth comb that keep the soft fur from becoming tangled. Many experts believe that there is a connection between the grooming habits and the social hierarchy of the Red Ruffed Lemur families.

They are active any time, but mostly in the morning and the early evening hours. They are very timid and they like to live in small and matriarchal groups. They are very curious about their surroundings.

Fruit makes up the biggest portion of their diet. When they can’t get these seasonal items they will eat nuts, nectar, and leaves. They do seem to have a love for figs and will even fight over them.

The time of year for mating is timed perfectly. It allows for the young to be born during the wet season. That allows them to be born when the food supplies are the most plentiful. The mothers need to eat well so their bodies produce milk for the young to thrive.

The gestation period is about 102 days. The number of newborns can be from three to six at a time. They aren’t able to move at all so they will be left in a nest until they are about 7 weeks old. When they are 4 months old they will have to care of their own. Approximately 60 percent of the young won’t make it due to falls from the nest or predators. 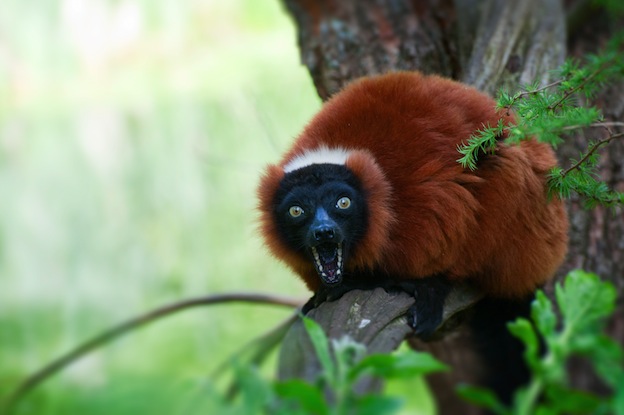 In 1997 Masoala Park was created as a refuge for these Lemurs. It is unknown how much remains in the wild population but the numbers continue to drop and that makes it hard to determine if they will be able to survive or not.

They do well in captivity with breeding programs though and that has helped. It is hopeful that many of these programs will help to reduce the mortality rates.