When you see a photo of the well known Ring-Tailed Lemur there is no mistake what you are looking at. The body of it is very different from other primates. It is considered to be one of the most intelligent of them as well. They have been part of various studies to determine their use of tools, their problem solving skills, and more.

With a series of black and white rings around the tail, that is the trademark of the Ring-Tailed Lemur. This tail is very long and that helps them to have the power they need for those very long jumps from tree to tree. They don’t hang from the tail though as many people believe.

Many people say that this particular species of Lemur reminds them of a raccoon due to the coloring. They have black and white fur all of the body. They also have as small nose and ears that are small and round. They are able to see and hear very well.

There isn’t much at all known about the evolution of the Ring-Tailed Lemur. However, there are some early fossils dating millions of years ago that indicate the early Lemurs were much larger than those of today.

We also don’t known which if the extinct Lemurs they are closely related to. There are too many questions to say with real certainty though what the process of evolution has been for them. What is believed though is that they moved into the Madagascar Islands millions of years ago from Africa. 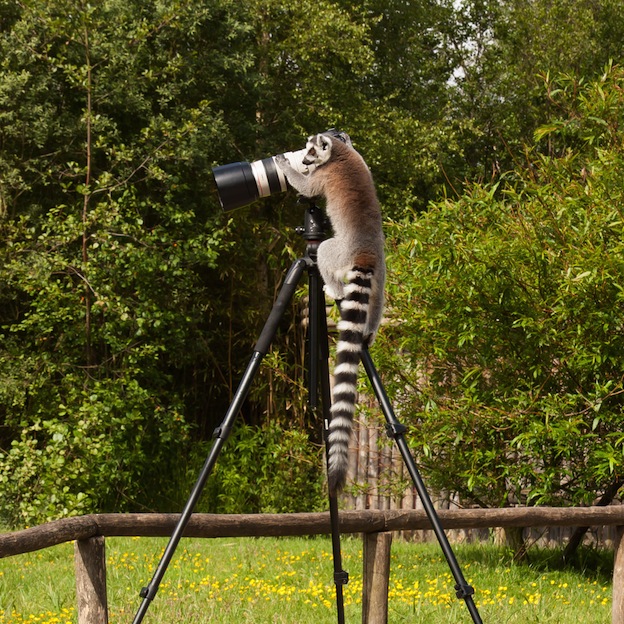 There is no set time to see the Ring-Tailed Lemur out and about. These are able to hunt for food during the day or at night. They do stay very close to each other though when it is time for resting. They are going to be found alone for finding food though with the exception of mothers and the young.

The Ring-Tailed Lemur family has a hierarchy that can be complex from a human perspective. Yet it does work very well for their needs. They are led by a dominant female that gives of very powerful scent. She has the final say about who gets to stay in the family and who has to go. They will often have little tolerance for males and make them leave.

This particular species of Lemur is very vocal. They have a variety of sounds that they make to each other for communications. They also give of high pitched alerts to their families when there are threats around the area.

They are often thought to be lazy primates but they really aren’t. Yet they do get plenty of enjoyment out of soaking up the sunlight. They also spend the most time on land than any other species of Lemurs. Yet they do very well in the trees as well.

Along the forests and the rivers of Madagascar Islands you will find the Ring-Tailed Lemur. They enjoy hot areas and they will stick to them as long as they are able to find enough food in those areas. They also are hard to find in the wild due to the thick forest areas where they live.

The diet of these Lemurs consists mainly of fruit and leaves. They consume all they can from the Tamarind Trees when they are in season. That is going to give them at least half of the food intake. They consume anything they can though during the dry season. This includes wood that has dried out, insects, flowers, and any sap they come across.

There is only one male in each family of Ring-Tailed Lemur. He is the one that the females will have their young from. This is why they males can become so aggressive in behavior towards each other right before mating season starts.

The males often try to out do each other with the stink from their scent glands. Experts believe that the male with the strongest scent is able to get the females. This may be more of an attraction for the females than size or strength of the males.

To help make his job easier, not all the females in the family group will be fertile at the same time. There will be several days between them so that he can take care of resting and eating. After a female becomes pregnant she will have one baby about 130-140 days later. Sometimes she will have twins but that is a rare occurrence for the Ring-Tailed Lemur. 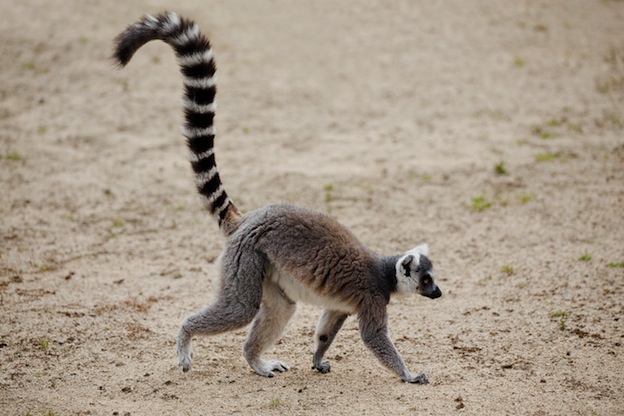 The Fossa is the largest predator in the wild of the Ring-Tailed Lemur. However, they don’t seem to be a bother during the rainy season. They have too many other types of prey that they focus on. However, in the dry season their food supplies run out and they will take what they can get. This is when the Lemurs become a prime target.

The Harrier Hawk is also a predator that they have to worry about. These birds have amazing vision. They are also very fast so they can swoop down and get one in their sharp claws in an instant. There is no time to run or for warnings. The Madagascar Buzzard has also been known to consume them.

Living in trees, it is no wonder that snakes can be a problem for them. The biggest one happens to be the Madagascar Boa. These are very large snakes that blend in very well to the surroundings. They will wrap around the Lemurs and crush them. Domestic cats and dogs have been known to kill them as well. There are more of them in Madagascar today than ever before.

Humans though are the biggest threat to the Ring-Tailed Lemur. They have long taken part in rituals to remove forest areas for other uses. When they do so they are taking away the various places where these Lemurs sleep, eat, and hide.

The fact that humans in villages of Madagascar hunt them and eat them doesn’t help matters. In many areas these villagers are extremely poor. They can’t be concerned with protecting such animals when the ultimate survival of their family is on the line. They may help hunters to find the Lemurs too. There are many that travel from all over the world for the chance to kill them as a sport.

Even with serious conservation efforts in place, the Ring-Tailed Lemur is in serious trouble. One of the problems is that we don’t know just how many of them are out there. Yet there is evidence that the destruction of their habitat has caused there numbers to dwindle. They can also stop taking part in mating when food and shelter get hard to find. As a result that further slows down the chances of being able to increase the population in the wild.

There are programs out there to raise awareness and money for the future of the Ring-Tailed Lemur. One of these programs involves being able to adopt a Lemur. The funds go to help with efforts to keep these animals alive and to increase their population in the wild.